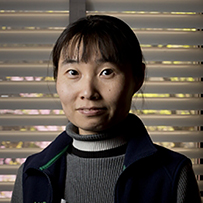 Professor Kong’s research interests focus on the problem of combining the synthesis and fabrication of individual carbon nanotubes, and integrating them into electrical circuits. Applications of her research include the use of carbon nanotubes as extremely sensitive chemical sensors to detect toxic gases.